About Us
CRETAN HOLIDAYS, an established brand name in the Greek Tourism industry with 50 years of operation, is active in 12 major Greek destinations and serving more than 500.000 guests annually. 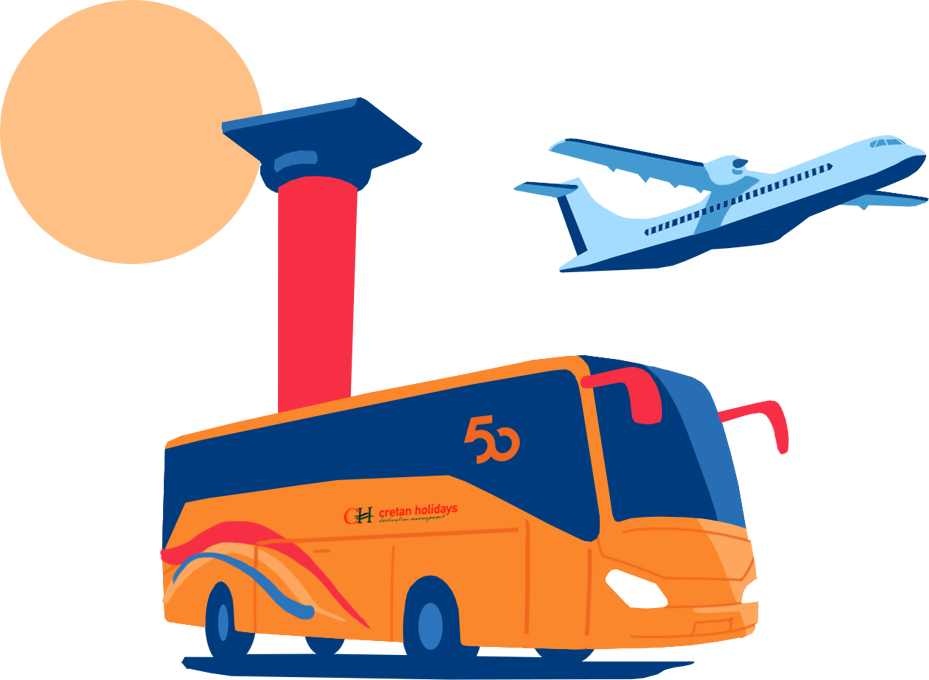 Our unparalleled experience and extensive know-how in the field, enable us to constantly deliver high level products & services at the most competitive rates. Our service portfolio includes but is not limited to Charter Operation Handling, Hotel Contracting Support, Flash Sales, Transfers (own bus fleet), Excursions, Groups & MICE, Shorex, Destination Weddings, Special Interest Travel, Car Rental and Representative Services.
Our company runs an own developed ERP software with a team of in-house developers, product owners and project managers, continuously working on its further expansion. The privately run software is a competitive advantage, which enables us to provide innovative technology solutions, allowing us to dynamically respond to rapidly evolving market changes. Advanced interfaces, XML connections with sub-second response times, industry-standard Cache data formats, various web services and web solutions for both our partners and internal needs, are already available with more to come. 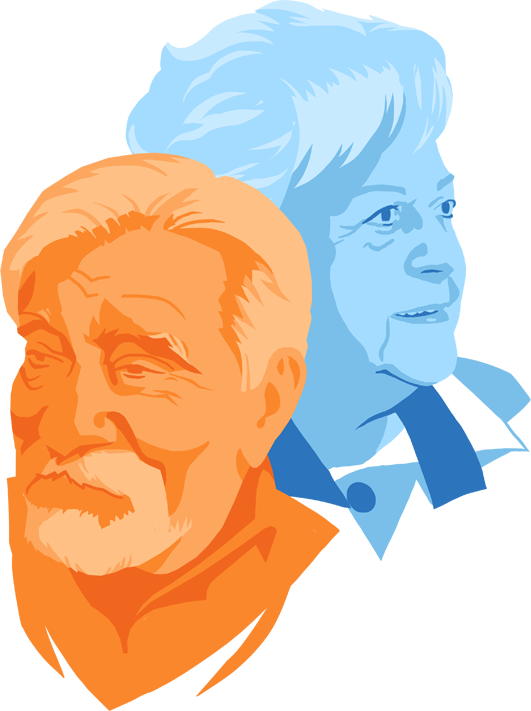 The legacy of
Kostas & Roswitha Badouvas
Born in 1942 and having traveled around the world for 10 years as chief officer in the maritime industry, Kostas Badouvas with his ambition and strategic vision, is considered the pioneer of the Cretan tourism industry. His contribution to the development of tourism on the island of Crete is beyond comparison. In the early stages of tourism, Kostas could anticipate and gradually built a group of companies that covers all the needs of modern tour operating.

Cretan Holidays was mainly a one-man business, during the first years. Working day and night during the summer, supporting the operations, and visiting partners abroad during wintertime as well as exploring new co-operation potentials. Closing his career honorably, he was highly respected by the people of Crete and was elected for 2 consecutive periods as a member of Parliament, serving from 2004 -2012.


Roswitha was born in 1943, in Tirol -Austria and got married to Kostas in 1969. She started her studies in Crete and graduated with honors in 1971 as a licensed tour guide in English, German, French & Greek. Together they founded the company, and she supported her husband in finding their first partners in Germany. Partners who have become friends & family members along the way.

The success achieved over the decades was attributed to the integrity, honesty and a lot of hard work and straightforwardness towards partners, clients, and suppliers. These basic values along with the company’s good reputation allover Greece, equivalent to reliability and professionalism, built a solid foundation for the next management to continue the company’s further development, to the level where it is today.


For 37 years, she has been guiding all over Crete and was able to convey her love and admiration for the island and its culture, into the hearts of the visitors. Balancing between her work and family obligations, she was also the honorary consul of Austria, Switzerland, and Liechtenstein for 46 years, and has written a tourist guide on Crete and an analysis on the Pax Minoica.
Timeline
Since the 60’s, Kostas Badouvas already had the ambition of getting involved in the growing tourism industry while his Austrian wife Roswitha successfully finished her studies and received her official license for guiding in English, German, French & Greek. After a difficult period during the Greek Junta, with many efforts applying for a Travel Agency license, Cretan Holidays was established in May 1972, focusing on the German market, which is at present still the market leader in tourist arrivals in Crete.
The pristine south coast of Crete (the resorts Matala, Agia Galini & Plakias) started its first organized tourism operations, supported by Cretan Holidays, who strongly contributed to advertising and making these new destinations popular among the holidaymakers, in the following years. Furthermore, lectures were given by Kostas Badouvas himself to the locals to get them acquainted with tourism related matters.
Cretan Holidays’ acquired its first coach with 30 seats, followed by more 50 seaters in the consecutive years, resulting in a fleet of 14 owned buses.
First participation of Cretan Holidays at ITB Berlin, the world’s leading travel fair. Ever since the company has been exhibiting with own stand.
Autocandia Rent a Car, operating allover Crete, was founded, within the vision of establishing the Group of companies that embrace all segments of the tourism industry. The fleet initially consisted of 20 Citroen Pony Jeeps (made in Greece) and was soon expanded with different types of vehicles.
The first hotel of the Group, the casual and elegant Beach hotel Kosta Mare, opened its doors, with 57 rooms. In 2003 the hotel property expanded and obtained its 4* hotel category, with 140 rooms in total.
A) Air Greece, the first Cretan airline company was established, with a fleet of 2 aircrafts (ATR 70) performing domestic flights, connecting the main Greek cities. In the following years, 3 more aircrafts were acquired and itineraries between Greece and Germany were successfully operated on daily basis. In 1999, the company was sold to Minoan Lines.
B) Venus Apartments in Analipsi, with 54 rooms, was acquired and incorporated in the Group of Companies. During 2001, a full renovation of the premises took place and new rooms were built.
The company moves to its newly built (privately owned) offices in Alikarnassos area, comprising 1000 sq meters.
Due to the heavy workload and responsibilities of Kostas Badouvas with the management of AirGreece, the general management of Cretan Holidays was handed over to Kostas Markakis ,former hotel manager of Kosta Mare.
Expansion of Autocandia’s operations in all main tourist destinations over Greece.
A) 2012 marks the start of the network expansion to other tourist destinations. The first branch offices were opened in Kos and Karpathos, followed by the others throughout the years, establishing our current network of 12 Greek destinations.
B) During season 2012, Cretan Holidays started running its own successful charter operation from France to Crete and Rhodes, which lasted 2 years.
A) Autocandia reached the number of 1.000 privately owned vehicles.
B) 2 Hotel properties in Amoudara were acquired and merged, and consequently fully renovated. The exclusive Lifestyle Beach Resort, with 148 stylish rooms, successfully opened in 2019.
C) Responding to the needs of the market, Cretan Holidays decided to invest in own technology development by acquiring & running an own ERP software, buying the user rights of the source code. A team of in-house developers and project managers is continuously working on its further development.
Milestone year for Cretan Holidays as we surpassed 500.000 arrivals on annual basis, allover Greece.
After acquiring 2500 sq meters of land, a new state of the art premises in Karteros area was built to house AutoCandia, our Traffic dept and the privately owned bus fleet, including garage, car wash and petrol station.
Paralos Hospitality Management was founded, a joint venture which involves the K. Badouvas Group, offering a range of outstanding management services including, Sales and Marketing, Operation, F&B, Human Resources, Supplies, Monitoring and Evaluation.
Venus Mare Apts enjoyed a further expansion and complete transformation into a 5* Boutique Hotel, with 66 rooms and suites under the new name Paralos Venus Suites. Opening in July 2022.

Inspired by the authentic Cretan Hospitality spirit, the pursuit of excellence in customer service is a daily commitment for all of us. We always go the extra mile to ensure both our partners and mutual customers get the outstanding personal service they deserve. We honor all our partners, regardless the size of their business, and always aspire to build long term partnerships based on mutual trust, respect and commitment.

Challenges create great opportunities. Embracing change and innovation, we are always looking for new ways to grow our organization and ourselves. We largely invest in new technologies and infrastructure, which enable us to respond to new market demands. At the same time, we constantly upgrade our product & service portfolio, and look to expand our activities into new source markets and niche markets.
Respecting the local environment and resources, sustainability is an integral part of our corporate philosophy. We implement sustainable methods in our daily operations and engage in many socio-environmental activities such as beach & municipal park cleanings, voluntary blood donations etc…

Cretan Holidays is a people-first company, a culture which we consider as a competitive advantage. We have always endeavored to create an unique, engaging work environment that inspires and motivates people, fostering loyalty and long-term commitment, resulting in consistently happy employees, customers and suppliers.
Our Performances
Our business performances illustrate the steady growth the company has been enjoying over the past decades, positioning it as one of the largest privately owned DMC’s in Greece. 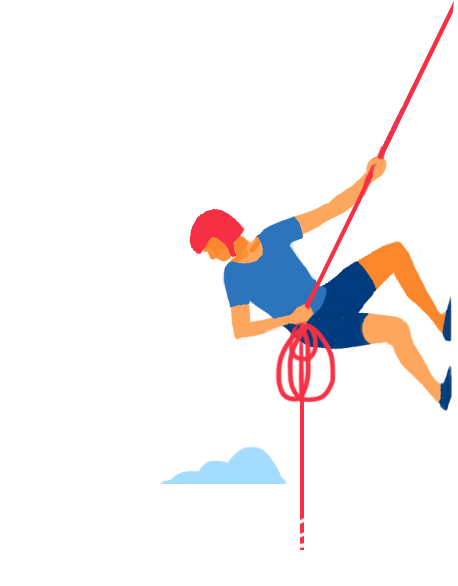